If we take a look at when a stroke is most likely to occur, it is in later years of life – the same time that hormone levels are starting to subside and cause a host of problems in the body. The logical thought would be that replenishing these dwindling hormone supplies would help prevent the risk of stroke. That is not always the case. The first thing to realize when contemplating the use of hormone replacement therapy and stroke risk is that many different types of HRT can be employed, and some are synthetic while others are bioidentical or natural.

Synthetic hormones always carry the greatest potential for adverse reactions. These medications are not identical in nature to the naturally occurring chemical messengers in the body. Instead, their properties are going to be a slight bit different, requiring them to undergo some form of conversion in the system before they can impart their actions. Bioidentical hormones are similar in structural design to the chemicals that they are replacing or replenishing –based on individual needs. They are easily assimilated in the bloodstream and put right to use providing their crucial signals.

Only a handful of studies have assessed hormone replacement therapy and risk of stroke, and this is not yet an area of research that provides a definitive answer. Some instances do exist where doctors will not prescribe a particular treatment due to a higher risk factor in an individual.

Although the incidence of stroke is greater in men than in women, more females than males will experience a stroke each year due to the longer life spans in this gender group.

Three major studies looked at HRT and strokes in women. Two of the trials focused on secondary prevention after an initial stroke, and the other looked at primary prevention. In this section, we will examine the Women’s Health Initiative (WHI) aimed at prevention. This report assesses the use of combined estrogen and progestin for hormone replacement therapy and stroke risk.

The WHI trial was stopped early after slightly more than five years of follow-up because the incidence of invasive breast cancer exceeded the designed stopping boundary. While there were fewer reports of colorectal cancers and hip fractures, increased coronary events, strokes, pulmonary emboli, and breast cancers were seen. This led many doctors to a belief that hormone replacement therapy and stroke prevention did not go well together.

While the use of estrogen and progestin is not recommended as a stroke preventative, other forms of hormone replacement therapy may be beneficial, such as testosterone, progesterone, and human growth hormone. HRT specialists use blood analysis and physical examination, along with an individual’s prior health issues to determine the ideal medical protocol and course of treatment to correct hormone deficiencies without increasing the risk of strokes or other adverse reactions. Decreasing the hormone replacement therapy risk for stroke is essential when providing the body with supplemental hormones.

Does HRT Increase the Risk of Strokes?

The two studies on women that looked at using HRT after an initial myocardial infarction were the Women’s Estrogen for Stroke Trial (WEST) and the Heart and Estrogen/Progesterone Replacement Study (HERS). The goal here was to determine can hormone replacement therapy cause stroke in women who have previous issues. The HERS study used both equine estrogen and progestin and did not provide a definitive answer while the WEST study used only estrogen. The biggest outcome in both studies ultimately showed an increased risk in early use as opposed to longer-term HRT.

A study on men published in the Annals of Pharmacotherapy found that testosterone use did not increase a risk of heart attack in men. The data provided for this study out of Galveston included more than 25,000 men and contradicted previous research, calling for further large, long-term studies.

The use of human growth hormone therapy in regards to stroke is also mixed. Some research cites an increased risk while others lower the chances. As we further examine does hormone replacement therapy cause strokes, it is also important to weigh the slight increase found in some risk factors to the overwhelming benefits that HRT can provide.

One treatment, progesterone replacement therapy, has not been shown to increase the risk of strokes. This often makes it an ideal choice for the treatment of specific hormone deficiencies.

Benefits of Using Hormone Therapy after a Stroke

We now turn to the use of hormone replacement therapy after stroke. Here, human growth hormone is showing positive benefits for rehabilitation after a stroke. The SAHLSIS research study at the Sahlgrenska Academy at the University of Gothenburg found that higher levels of Insulin Growth Factor 1 were associated with better long-term recovery following a stroke. IGF-1 is the hormone secreted by the liver following receipt of growth hormone. HGH therapy increases the level of IGF-1 in the bloodstream.

Progesterone is the next type of beneficial hormone replacement therapy for stroke. This treatment is often given intravenously to patients with traumatic brain injury, ischemic stroke, and some neurodegenerative disorders. The combination of progesterone with Vitamin D can induce further functional outcomes.

In all instances, a specialist in the field of hormone replacement therapy is the ideal doctor to speak with before using any HRT. Blood analysis, physical examination, and a detailed medical history report are crucial for a positive outcome from treatment.

Please contact National HRT with any questions or to inquire about potential hormone replacement therapies. Consultations are confidential and free of charge. 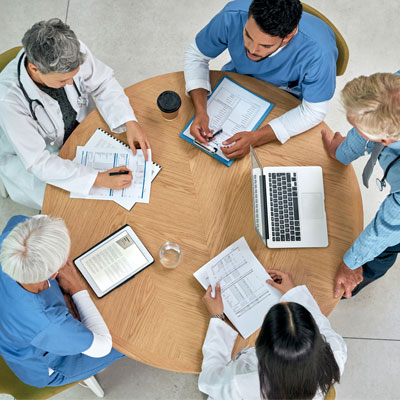