The Role of HGH for Insulin Resistance

Human growth hormone and Insulin Growth Factor 1 interact with insulin to help modulate its carbohydrate metabolism to maintain blood glucose in a normal range by suppressing the abilities of insulin to stimulate glucose uptake in peripheral tissues. It also enhances liver glucose synthesis. Many studies have explored the HGH insulin connection, and judgements on both sides of the aisle warrant careful observation of individuals prediagnosed with either type of diabetes when being prescribed HGH injection therapy.

HGH does not have a direct effect on total glucose turnover, but by suppressing muscle glucose uptake, it could lead to a build-up of glycogen depots through a process known as gluconeogenesis. Some studies have suggested that, with the use of HGH, insulin resistance has been demonstrated. By blocking the effect of HGH with low serum concentrations of IGF-1, insulin sensitivity can be enhanced. Other studies have argued counter to this information.

What is known is that there is an antagonistic relationship between HGH and insulin. When one is high, the other is low. Too high a level of growth hormone in the bloodstream can lead to diabetes, which is one of the possible side effects of HGH therapy – especially when the dosage administered is higher than what the body requires. That is why specialists use careful calculations in determining the dosage of HGH to prescribe following blood analysis.

Benefits of HGH for Insulin Resistance 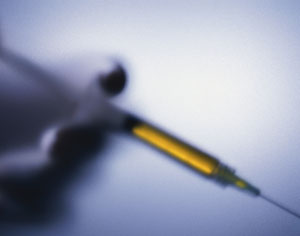 It may seem as though there is much information, and some of it is contradictory about the subject of insulin and HGH, and it is essential to point out that each person will respond uniquely to hormone replacement treatment of any kind. The role of the HRT specialist is to determine, through blood analysis, physical examination, and careful review of an individual’s medical history what is the best course of action to take.

There is a definite benefit of HGH and insulin resistance to understand, especially with type 2 diabetes. These individuals are most likely to be obese and decreased growth hormone production plays a significant role in how the body is metabolizing fats, proteins, and carbohydrates. This leads to further fat storage which also can increase complications arising from diabetes.

HGH therapy helps to stimulate the body’s ability to convert food consumed into fuel rather than fat, also enabling the burning of previously stored fat for fuel. In fact, studies have shown a correlation of increased lean body mass and decreased fat mass after six months of HGH injection replacement therapy. Weight loss has been shown to be a primary way to lower blood sugar levels and reduce the risks and effects of diabetes.

In order to help control the body’s level of insulin, HGH therapy must be carefully prescribed and overseen by a hormone replacement therapy specialist. Since there is a chance, based on results from some studies, that an adverse reaction in insulin levels is possible, the doctor will continue to carefully monitor the client for any changes that require action. This action most often entails a lowering of the dosage of HGH until any negative side effects are reversed.

The doctors at National HRT work closely with adults who have been diagnosed with diabetes and are found to be growth hormone deficient. This allows us to prescribe a precise plan of action to improve overall HGH levels while ensuring that glucose uptake and insulin levels are carefully monitored for maximum health benefits.